Adding Video to your eBay Listings 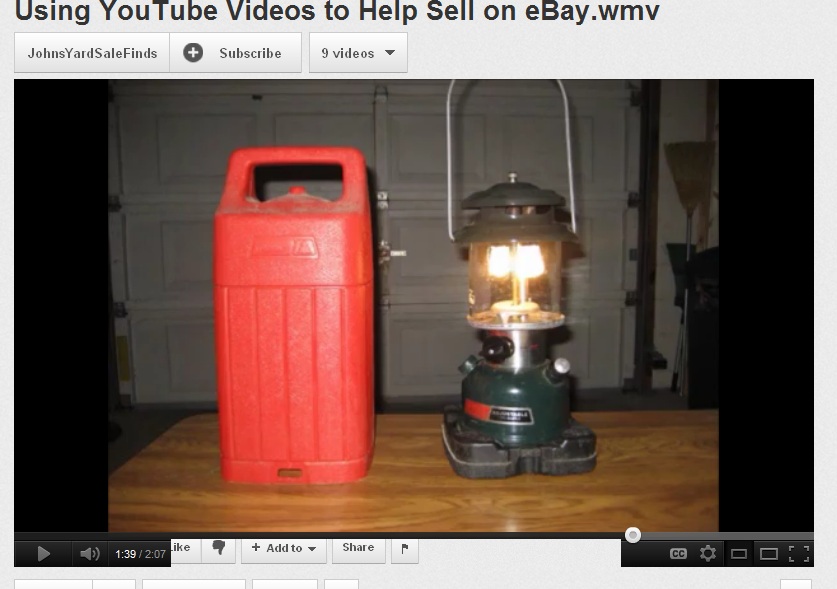 I just made a quick video for you regarding how powerful it can be to add video – a short YouTube video, for example to your eBay listings.

It’s difficult to say whether this is one of my all-time favorite tips on selling on eBay, but it ranks right up there! Actually, adding video to the listings was my wife’s idea (thanks Hon!).

You know the old saying, “A picture is worth a thousand words.” Well, if that’s true, then a video is worth even more.

The video idea is really most helpful (I think) when we need to show whether or not something is working. For example, we wanted to sell some electric toy train sets, and had the idea of showing the set all assembled and working.

We figured we would be getting some questions from potential buyers about it anyway – so why not show them right up front?

Adding video is not only a good way to show whether or not something is working, but it also can point out certain issues or a specific defect.

For example, we found a really cool old portable 8-track player about a year ago. It worked, but occasionally had a “scratchy” sound. So, we popped an 8-track tape in, and played it, while videoing the way it worked, showing it from all angles, and also letting the potential buyers hear that scratchy sound.

The player sold. Had we not been able to show the way it worked as vividly as we had, it may not have sold – or at least sold as well.

It is easy to add video – and I’ll make another video to illustrate exactly HOW we add it to the listing. But it’s really nothing more than 1) clicking the “share” button below the video, choosing to “embed” it – and making sure you use the OLD EMBED CODE (for some reason the new embed code doesn’t work), and copying the code into the HTML description of your listing.

Obviously, it’s unnecessary to add video to every eBay listing. You need to determine if it’s really worth the time that it takes. If it’s a $9.95 item that doesn’t have moving parts, then I say a simple photo will do the trick. Anyway, here’s the video I made explaining why we add video to some of our eBay listings.

What Are Some Ways You Can Improve Your eBay Sales?

Tags: How to Sell on eBayTips on Selling on eBayyoutube video for eBay listing