Sorting and Lotting Items for Selling at Auction Houses

Selling at auction – that is live auctions, country auctions, and the like – is a little different from selling on eBay.

Although we cover the primary differences between selling on eBay versus selling at live auctions elsewhere on this site, the important thing to keep in mind is that whether you are selling on eBay or selling at auction houses that you physically DRIVE to, you are dealing with PEOPLE.

A lot of folks think of eBay as being a fairly anonymous method of selling at auction, and to some degree that’s true (except that your Feedback Rating is NOT anonymous in MOST cases).

But, let’s face it: The person buying your stuff is a PERSON.

A real person sitting somewhere in the world who is eagerly awaiting the item he or she just bought from you.

Now, of course the functionality of eBay itself is computer-based. There isn’t a live person watching you list your auction. But, when you bring a truckload of your stuff off to sell at auction, you’re handing it over to a live auctioneer who is going to log it, display it, put it on his or her website, handle it, describe it to the live audience, and sell it for you.

The auctioneer is then going to take the appropriate fees from the sale, and then write you a check for the remainder.

In the meantime, a live person will have travelled TO the auction, will have physically looked at and handled your item, and decided whether or not to bid on it. Someone will eventually buy it.

I know that I am dealing with people. I know that people have personalities, and they have likes and dislikes. Just like me.

And, because I’m the type of guy that likes to look at items that are correctly or at least logically lotted and sorted, I figure that I’m not alone. And, as it turns out in my experience, most auctioneers really appreciate a little effort on your part when you bring your items to the auction hall for consignment.

But for now, take my word for it.

Just last week, I took another truckload of stuff off to sell at auction in Vermont. Blakely, who is the auctioneer, made a point this last visit to mention how much he and his staff appreciate the way I lot things out. He said that a lot of folks just bring in a load of dirty piles of stuff.

Take a look at the photo illustrating this article (above), and answer this question: What category do you suppose this lot would be described as?

If you answered “Vintage Kitchenware” you are correct.

Now, suppose that instead of bringing this nicely displayed lot to the auction, I had just piled it into a large box with some ratty old magazines, dirty slipcovers, mis-matched Tupperware pieces, plastic flowers, etc.

If you have been in this business for any length of time, you know exactly what I’m talking about!

It would take the auctioneer quite a bit of time to sort through and determine how he or she would present it to begin with. 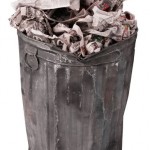 This way, it’s already presented as “Vintage Kitchenware,” and Blake – or any other auctioneer – will appreciate that.

In fact, he DID say, “We really appreciate the way you put these box lots together for us. It saves us a lot of time!”

Now, this is just the way I am – and not just when it comes to selling at auction – and it is second nature to me, and I could not envision myself doing business in any other way.

Simply put, I would make less money if I did NOT take the time to properly sort and present my goods.

Of course there is another train of thought, and I don’t subscribe to it. It’s that some people like to pick & paw and find the surprise gem at the bottom of the junk pile.

I just don’t want all that other junk. Some people do. It’s just not me. I know a guy who once bought a box lot and found a rare Faberge cigarette case that he promptly sold for $15,000+. Of course it was a $135 box lot.

Nonetheless, that’s the rarity.
You won’t find one of those at the bottom of one of my boxes! But you WILL find consistent quality merchandise with no “filler.”

And once the auction crowd gets used to seeing items come in from me, they’ll know what to expect and will start to pay a little more. They’ll begin to learn that they can make more money themselves on these quality lots.

So take the time to cultivate a professional appearance of your auction lots. It will pay off. AND you’ll find that you get a better reception from the auction companies as well, and they’ll be happy to see you coming.

And therefore, they’ll work just that much harder for you.